Werner won’t even be the only striker to leave this window, with Romelu Lukaku farmed out to Inter Milan in June, a year after becoming the club’s record signing.

Fernando Torres and Ballon d’Or winner Andriy Shevchenko also failed to live up to expectations, while Blues fans may remember the likes of Adrian Mutu and Mateja Kezman.

With Werner’s medical at RB Leipzig set for Tuesday, Sportsmail runs through Chelsea’s litany of costly mistakes up front. 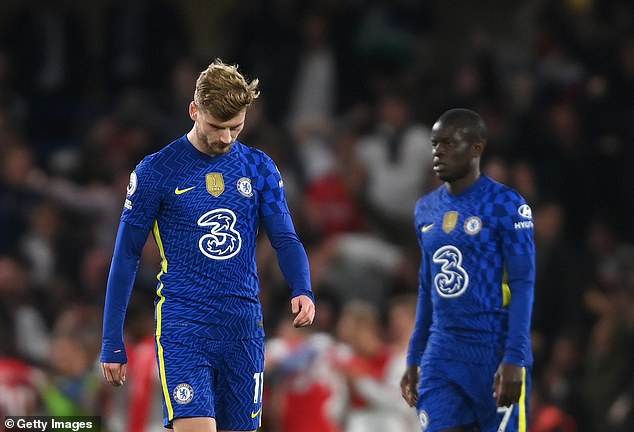 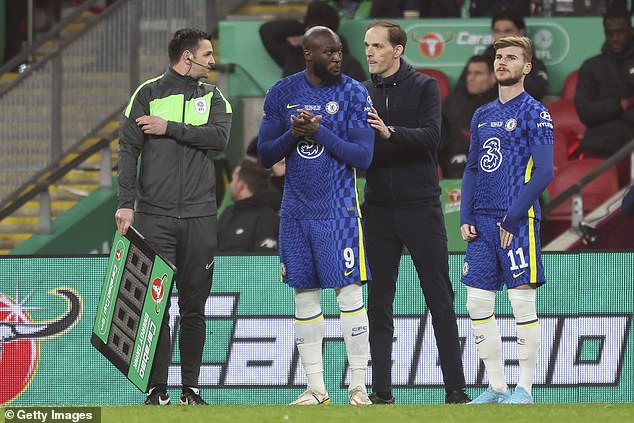 The German is the latest in a long line of big-money, high-profile players to struggle at Stamford Bridge – below, Sportsmail runs through Chelsea’s litany of costly mistakes up front

‘Romelu Lukaku comes home’: A four-word headline billing Chelsea’s near-£100million outlay as the return of the prodigal son, to bridge the gap to the top two in English football of Man City and Liverpool after a promising third-placed finish in 2021-22.

In the prime of his career at 28 years old, a former Chelsea player who ‘knew the club’ and had plenty of experience of Premier League and English football, off the back of two 30-goal seasons at Inter Milan. What could go wrong?

Well, a lot, apparently, and his home is now in northern Italy again. Less than a year after joining for a £97.5million, he returned to Inter for a loan fee of less than £7m.

Despite scoring and impressing against Arsenal on his second debut, Lukaku initially struggled to adapt to the pace and physicality of the Premier League, and was not as mobile as Kai Havertz or Werner up top.

His pressing was not as intense as his team-mates’, and he appeared unsuited to Chelsea’s overall system, with manager Thomas Tuchel seemingly unwilling or unable to adapt things to the Belgian. 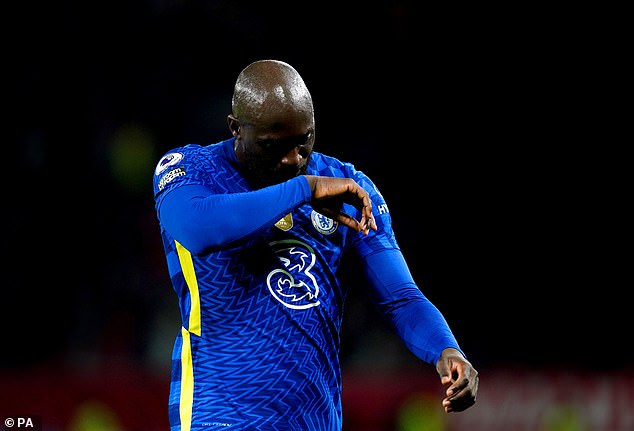 Romelu Lukaku was sent back to Inter Milan on loan in July a year after joining for £97.5million

After an explosive interview in which he admitted he was ‘not happy’ at the club or with Tuchel’s system – leaving the German furious – the writing was on the wall.

Whatever happens, he’s due back in summer 2023. What future awaits him in west London is not so certain.

Spending your whole senior career flitting between these four European heavyweights could indicate a player destined to be at the top level, or it could be viewed as a player who has never really found a home.

Alvaro Morata seemed to be a good fit for the Blues on paper. He broke through at Los Blancos, did the hard yards at Juve, earning himself a return to the Bernabeu, where he scored 20 goals in 46 games to pique Chelsea’s interest.

There was a space up front after Antonio Conte surprisingly sold the talismanic Diego Costa – but Morata’s debut saw him miss a penalty in the shoot-out as they lost against Arsenal in the Community Shield. 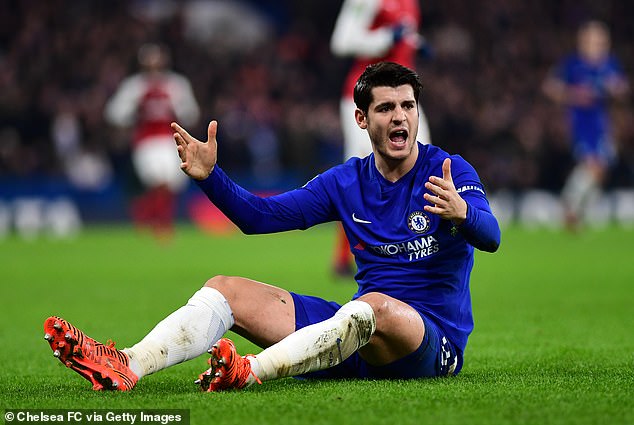 By November, he was one of the front runners for the Golden Boot award alongside Mohamed Salah and Harry Kane. It all looked like money well spent.

But the goals dried up and after missing the 2018 World Cup due to his mediocre form and a poor start to the 2018-19 season, was sent out on loan in January and never played for Chelsea again.

Torres was a phenomenon at Atletico and Liverpool, earning himself a giant £50m transfer to Stamford Bridge.

His first game? A 1-0 loss… against Liverpool, in which he was booed, mercilessly mocked and played in front of banners like: ‘He Who Betrays Will Always Walk Alone.’ He was replaced by Salomon Kalou after 66 minutes.

Torres moved on January 31, 2011. His first goal wouldn’t come until April 23, a run of 903 minutes – equivalent to more than nine full games – without scoring. It would be his only strike in 18 games in all competitions that season.

Although the 2012-13 season saw him score 22 goals in all competitions, boosted by 14 goals in cup competitions, he would join AC Milan on a two-year loan in August 2014, signalling an ignominious end. 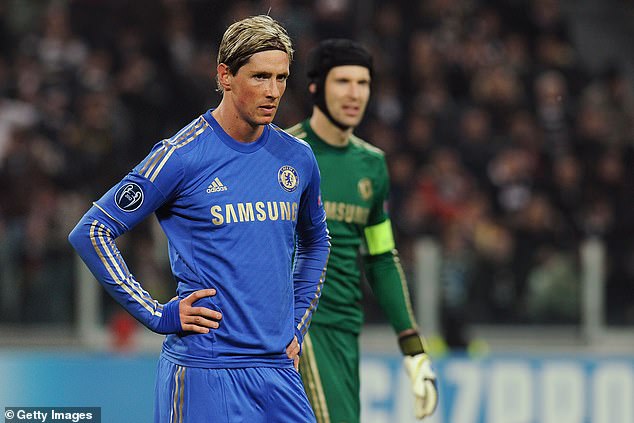 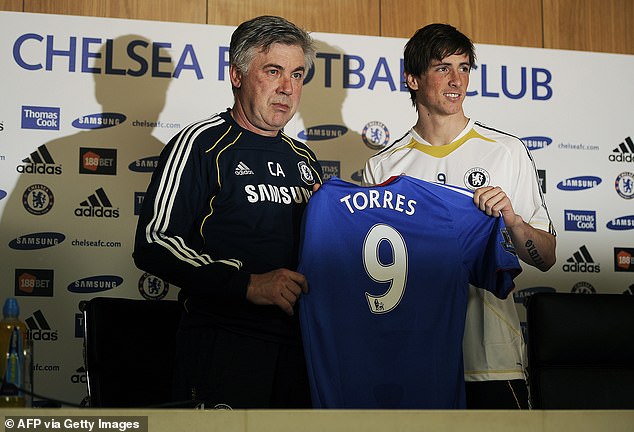 His first game was 1-0 loss versus Liverpool in which he was booed, mocked and then replaced

Werner was one of the hottest properties in Europe after bagging 34 in 45 in his final season at RB Leipzig, with a total of 95 in just 159 games with the German side.

But the German seemingly struggled with a crisis of confidence and was mocked by rival fans and his own supporters alike as he missed chance after chance, becoming synonymous with bad finishing – probably not helping his self-assurance.

He was moved from striker to the left attacking position, where he contributed reasonably well with his tireless pressing, energy and pace, but in terms of being a goalscorer (23 in 89 games) it was not exactly an unqualified success.

When his return to RB Leipzig goes through, they are set to get less than half of what they paid two years ago.

The skilful Belgian has often divided opinion at Chelsea. His first season saw him score five times in just 236 minutes of Premier League football – an impressive rate of one every 47 minutes, as he was often used as an impact substitute.

Batshuayi also netted the winner against West Brom which secured Conte’s side the Premier League title. 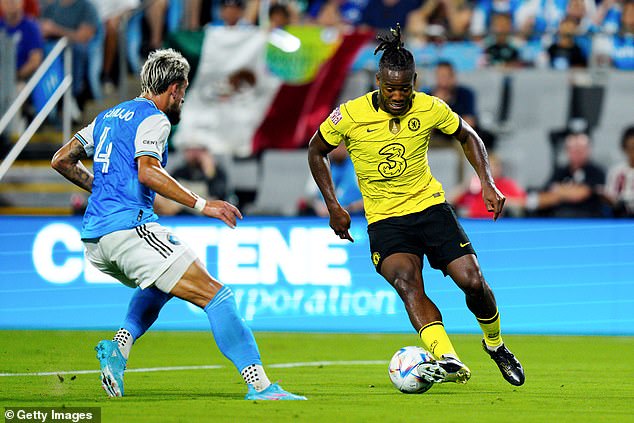 But after another middling few months, he was loaned to Borussia Dortmund and then again to Valencia, Crystal Palace (twice), and Turkish side Besiktas.

In August 2021, Chelsea extended his contract until 2023 to preserve his value but considering the money spent on him, it cannot be labelled a brilliant move.

He has not been given a squad number for this season.

Build on a position of strength, the theory goes. So despite Didier Drogba banging in the goals for Chelsea, Jose Mourinho’s side still splashed more than £30m on the Ukrainian.

‘Sheva’ had been an elite striker at AC Milan, with 173 goals in 296 games in all competitions, but struggled in Ivorian Drogba’s shadow, only scoring nine league goals in two full seasons at the club.

After a rubbish return to Milan – where he scored a grand total of zero goals in 18 league appearances – he returned to boyhood club Dynamo Kiev in Ukraine for the final two years of his career, before retiring and having a short stint as a politician. 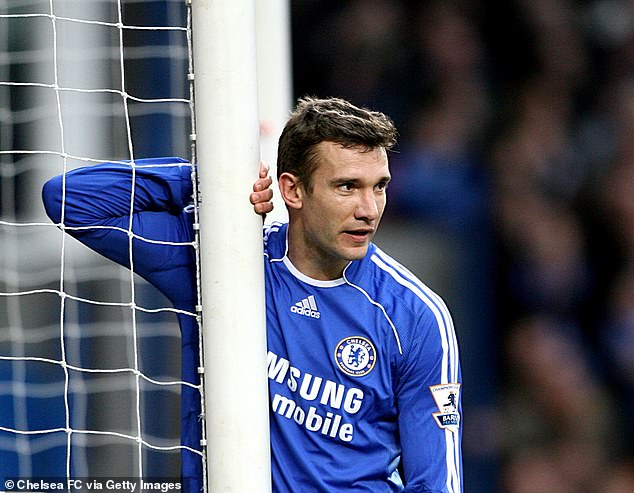 Romanian attacker Mutu had built up a good reputation in Italy before Chelsea signed him as part of new owner Roman Abramovich’s massive summer of spending.

He started well, with four goals in his first three games, before falling out with Mourinho – both accusing the other of lying about whether he was injured for a World Cup qualifying match against Czech Republic in 2006.

After a 10-goal season, he was given a seven-month ban after a positive cocaine test. He left in disgrace. 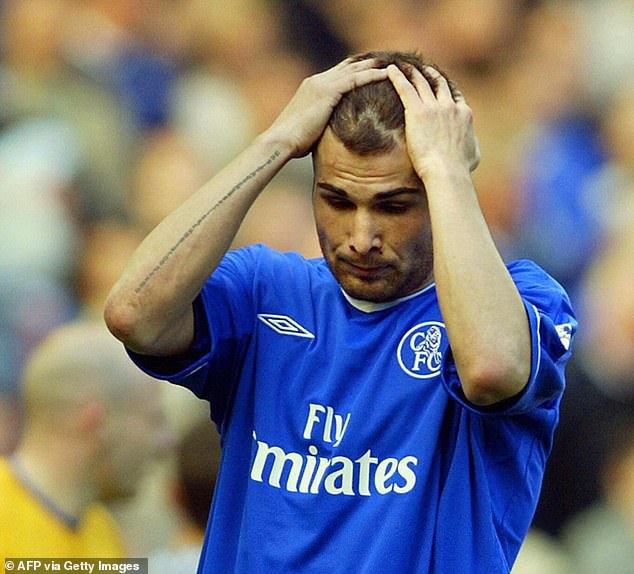 Former Serbia and Montenegro striker Mateja Kezman bagged an impressive 129 goals in 176 games for Dutch side PSV, earning himself a move to Chelsea in July 2004.

He took the No 9 shirt recently vacated by iconic striker Jimmy Floyd Hasselbaink and seemingly struggled at the higher level.

Kezman scored just four league goals – an injury-time penalty in a 4-0 win against Newcastle, before meaningless goals in comfortable wins against Norwich and Crystal Palace (two), who would both be relegated at the end of the season.

He would be sold to Atletico Madrid after just one year in Chelsea colours. 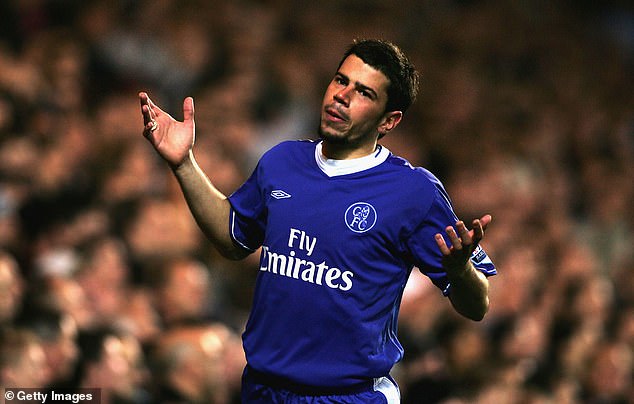 What Tottenham have to have vs Marseille to qualify for Champions League past-16 and who can they participate in future?